Royal Mile attractions and things to do

Edinburgh’s Old Town is a UNESCO world heritage site packed full of attractions, all located within a mile of each other!

Why is it called the Royal Mile?

It's called The Royal Mile because of the street's length from Edinburgh Castle to Holyroodhouse Palace, which is almost exactly a mile long.

How long is the Royal Mile Edinburgh?

Surprisingly it's not quite 1 mile long though (but it's not far off). The distance is approximately 1.81 km.

Here are our favourite places to visit on the Royal Mile.

Edinburgh Castle should definitely be your first stop! It forms an imposing part of the city’s skyline and dates back hundreds of years. Must-see spots include the Great Hall where you can see a range of weapons and armour. 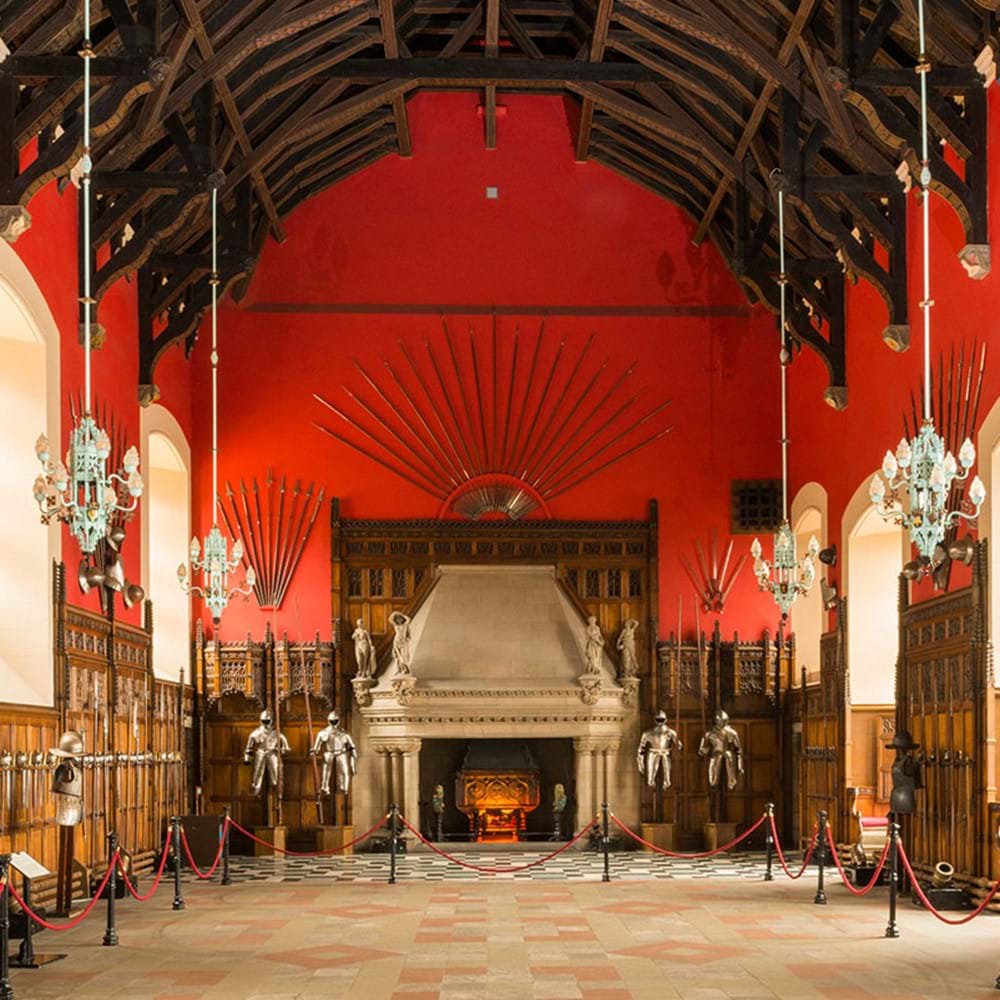 As the Castle is a military stronghold there are many references to Scotland’s army.

The most poignant of these is the Scottish National War Memorial, which commemorates those who died in conflicts since 1914.

You can also visit the Royal Scots Museum, the Royal Scots Dragoon Guards Museum and the National War Museum - this building was once used as a storehouse and later a military hospital. 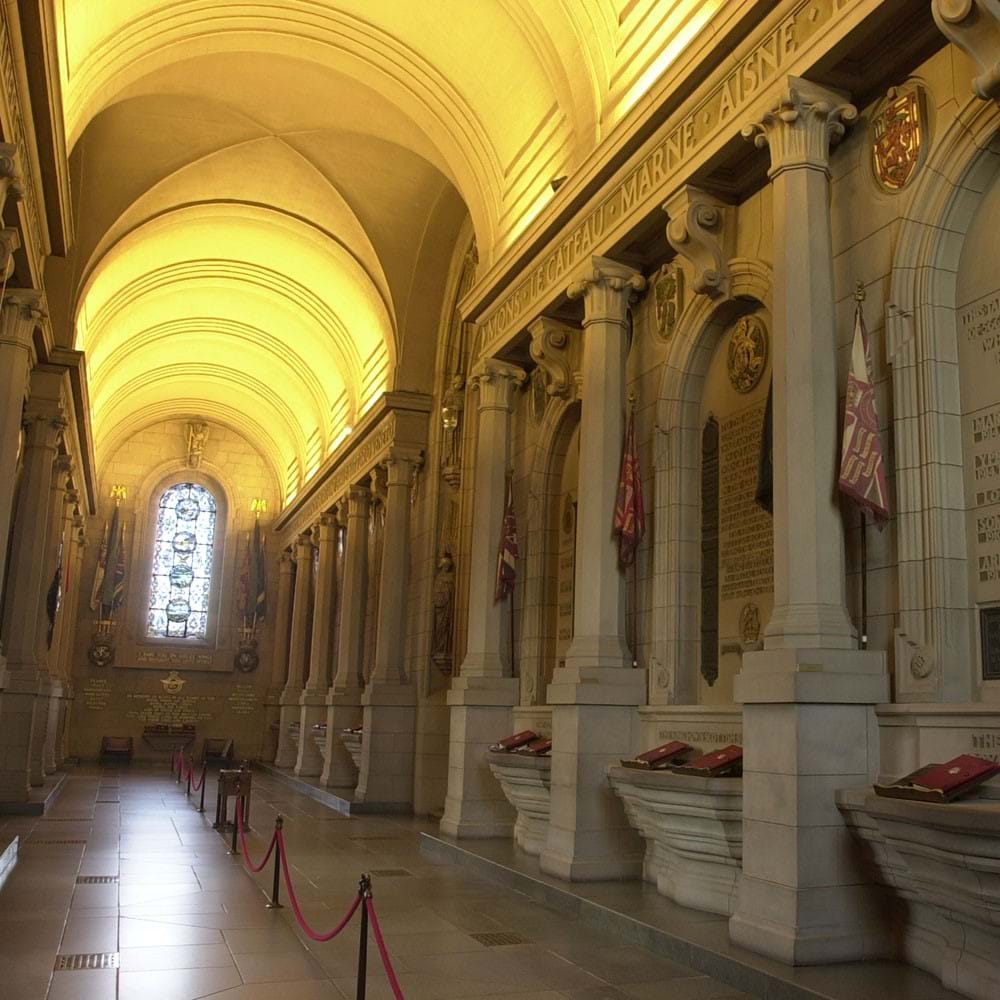 The highlight of the Castle is the Honours of Scotland, which are well worth the climb up the spiral staircase: a crown, a sceptre and the sword of state. Sir Walter Scott rediscovered these items in 1818, after they were locked in a chest following the Act of Union in 1707. 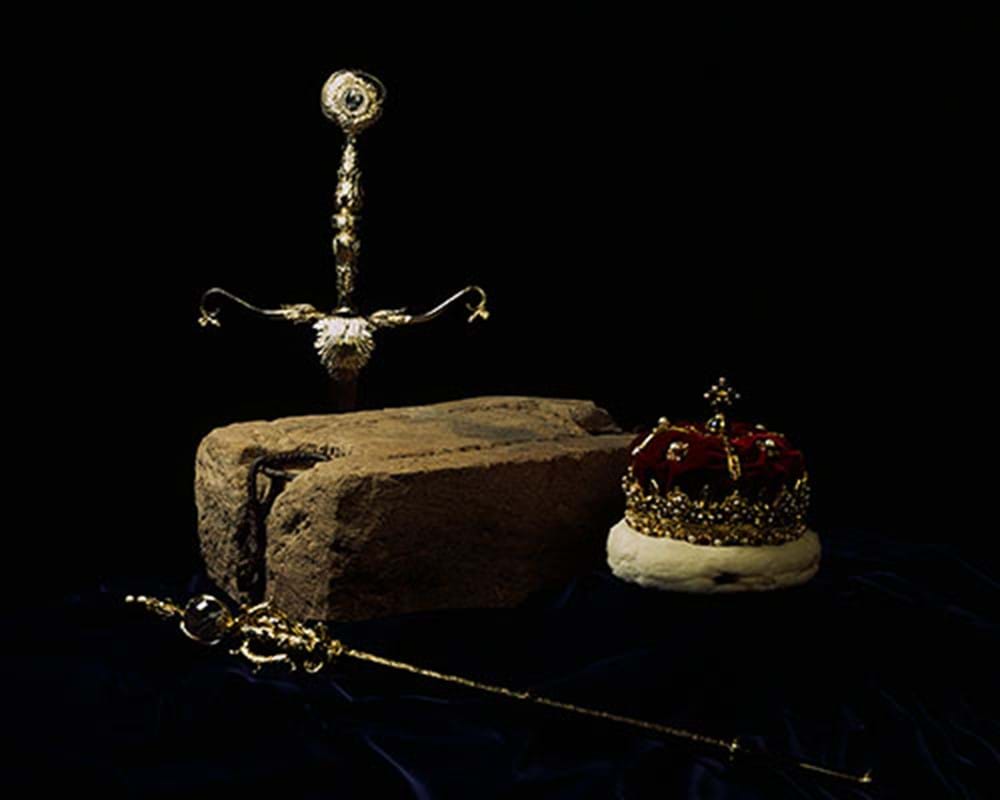 Don’t forget the one o’clock gun, first fired in 1861. Ships in Leith traditionally set their clocks by the sound of the gun and today many crowds gather to see it being fired.

You can find information about tickets here, or read more in our Castle blog post here.

The Palace of Holyroodhouse is a living, working palace where Her Majesty spends a week each summer.

Legend has it that, after David I saw a vision of a stag here, he constructed Holyrood Abbey in 1128, while James IV first built a palace on the site in 1503.

There is plenty to explore, including the state apartments which, as you move towards the King’s Bedchamber, gradually become grander.

Both the Dining Room and Throne Room are used during the annual royal visit, while the Queen also uses the Privy Chamber, constructed in the 1600s, for private audiences with guests such as the First Minister. 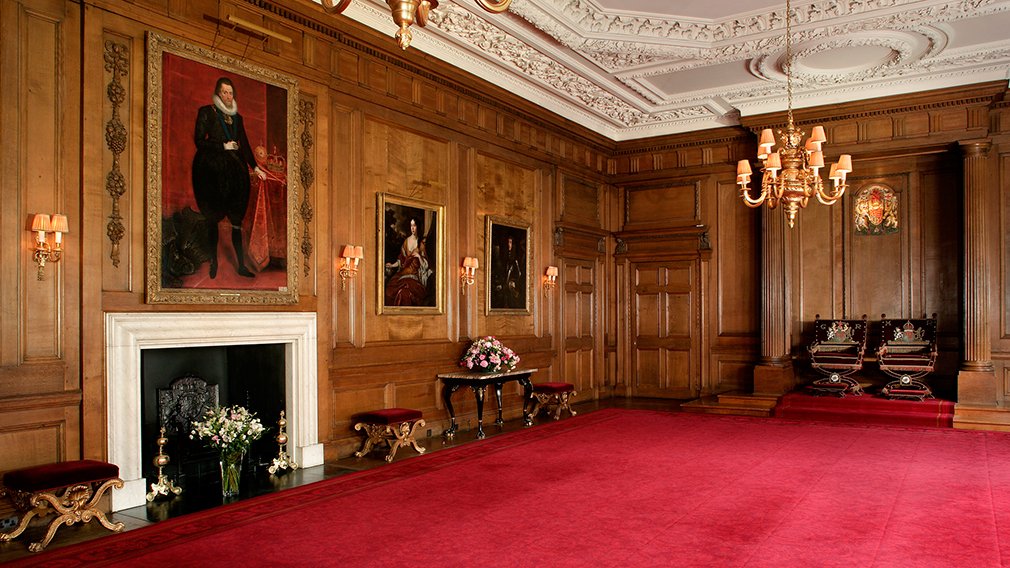 The final part of your visit will be to Holyrood Abbey, one of the grandest medieval abbeys in Scotland, and the Gardens, which are best seen during the colourful summer months.

If you buy a Royal Visit ticket, your visit will include a Garden History Tour that takes you off the public path to see spots such as the Jubilee Border, planted for the Queen’s Diamond Jubilee in 2012.

Just be careful not to fall into the ha-ha, a deep trench that creates a barrier for the garden without breaking the line of sight towards Salisbury Crags.

You can find information about tickets here.

Scottish Parliament was established in 1999, following devolution from Westminster, and prides itself as one of the most open Parliaments in Europe. You can book a Parliament tour for free, which teaches you not only about the work and history of the Parliament but also the architecture of the modern building.

Holyrood is a working Parliament so your tour route may depend on what is happening that day. If you don’t have time for a tour you are welcome to visit the main visitor area which includes the Main Hall, exhibitions, or short introductory free talks.

If you’d like to learn more about how the Parliament works, you can also request free public tickets to watch Parliament Debates and committee meetings.

For those visiting with young children there is even a public crèche, the only one of its kind in Europe, where children can stay while their parents attend a tour, meet MSPs or attend other events.

When you first arrive in a city it can be hard to know where to begin.

Thankfully, there are plenty of walking tours from the Royal Mile, so take your pick! Most are free but at the end, the guide will often ask for tips.

The guide will lead you through the main areas of the city centre, including the Royal Mile and Greyfriars Kirkyard and you can also enjoy a coffee at the Grassmarket Community Project.

Edinburgh Free Tour provides a variety of tours, including a free ghost tour and a Harry Potter tour.

Camera Obscura and World of Illusions

Prepare for your eyes for visual illusions at Camera Obscura!

Located at the top of the Royal Mile, there is plenty to explore, from vortex tunnels to holograms.

During your visit, you will climb to the top of the building where the Camera Obscura itself is located. 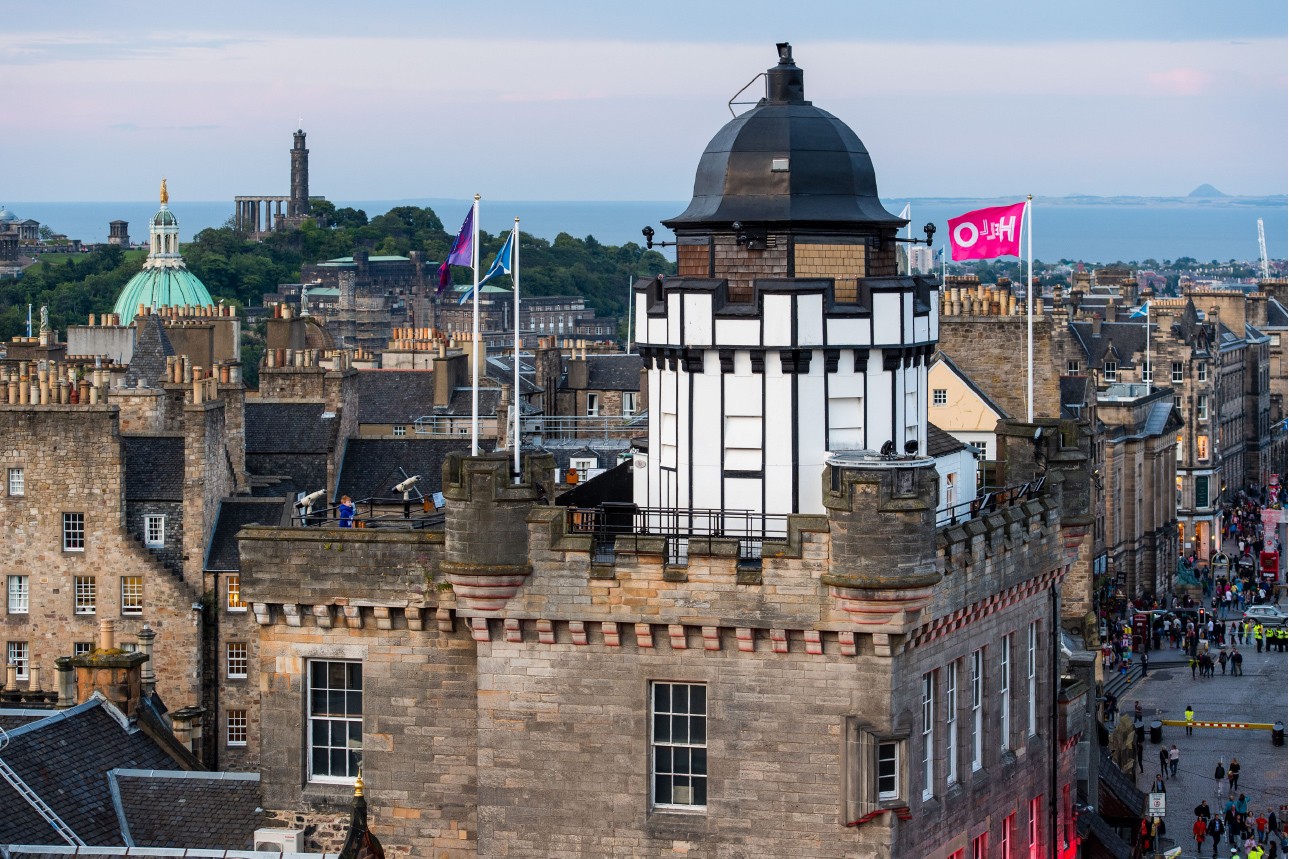 Maria Short, the supposed daughter of the creator of the Great Telescope, opened Camera Obscura in 1835 and the business later moved to the Royal Mile.

After her death, Patrick Geddes bought the building and renamed it Outlook Tower, dedicating it as a centre of learning for local residents.

Camera Obscura and World of Illusions took over in 1977 and have been dazzling visitors ever since!

You can find information on tickets here. 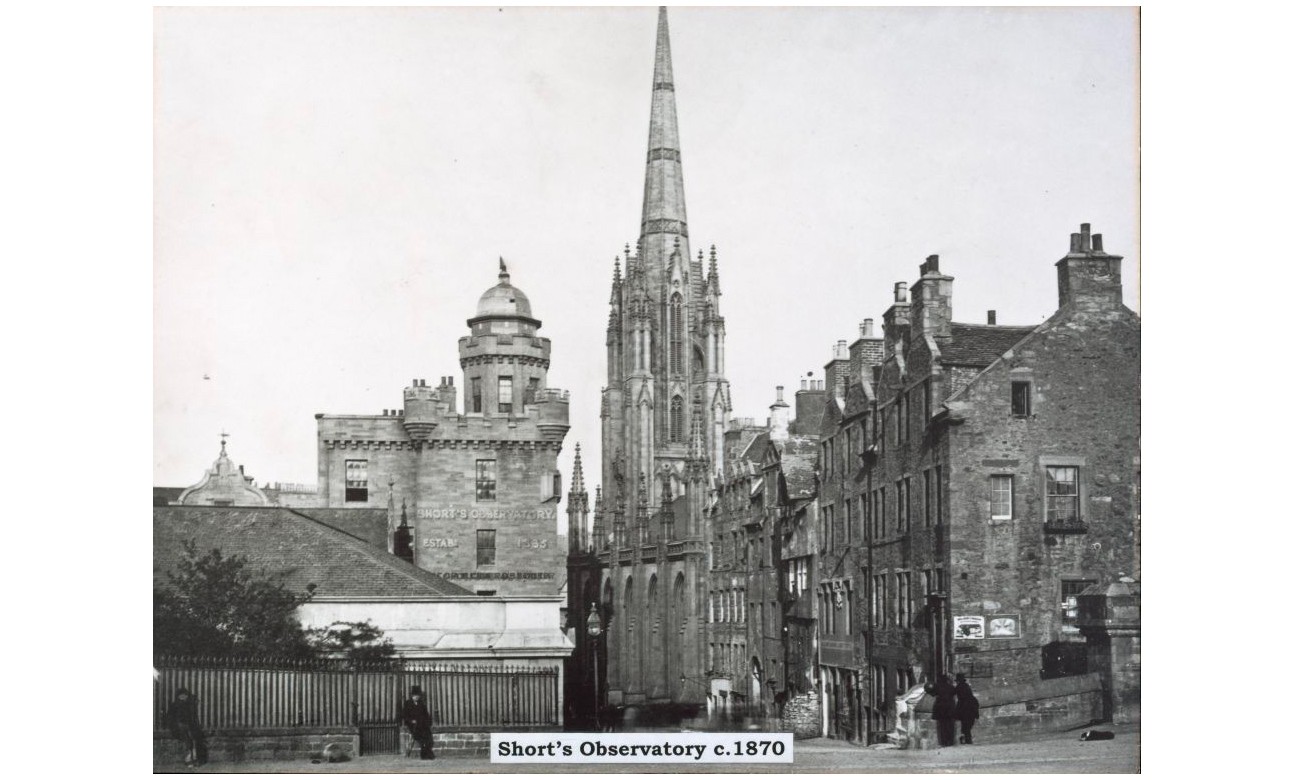 Located opposite Camera Obscura, the Scotch Whisky Experience is a fully immersive experience.

For whisky novices, there is the Silver Tour, which begins with a barrel ride through a virtual distillery before you are taken on a sensory tour of the whisky-making regions of Scotland.

After learning the art of blended whisky you choose a dram to sample before heading into the Diageo Claive Vidiz Scotch Whisky Collection.

The tour finishes in the McIntyre bar where you are can buy more drams or, if you are on the Gold Tour, redeem your 4 additional whiskies. If you’re under 18, don’t worry – Scotland’s favourite soft drink, Irn Bru, is on offer for you instead!

More in-depth tours include the 'Platinum Tour', which includes 5 tastings detailing the stories and production of each whisky, the 'Morning Masterclass', a small group session which explains the production processes and features a tasting of 4 contrasting whiskies, while the recently added 'Tasting Tales' provides food and whisky pairings while learning plenty of stories about the whiskies sampled.

The Amber bar and restaurant is not to be missed either, where you can try traditional Scottish foods and tasty tray bakes or, if you don’t have time to take a tour, sample whiskies.

You can find information on tickets here. 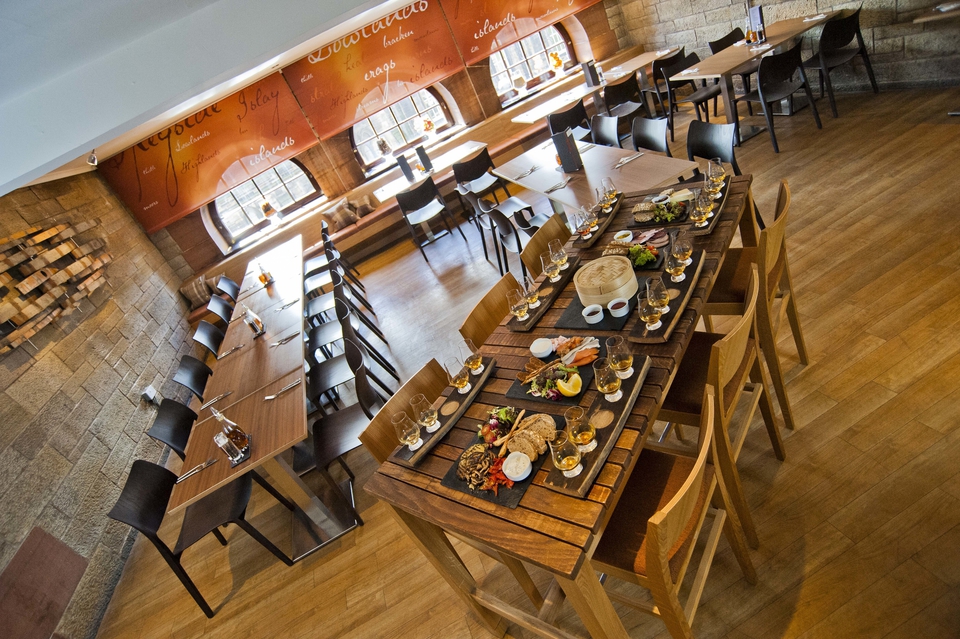 Their guides do exactly this, bringing true stories to life with plenty of energy. Mercat is also the only company to have access to the haunted Blair Street Underground Vaults, constructed in the early 19th century.

There is a great selection of ghost tours to choose from, including an Evening of Ghosts and Ghouls, which features a whisky tasting at the end.

They also offer history walks, such as Treasures of the Old Town and Outlander Experience, which shows you the history and places behind the hit TV show. 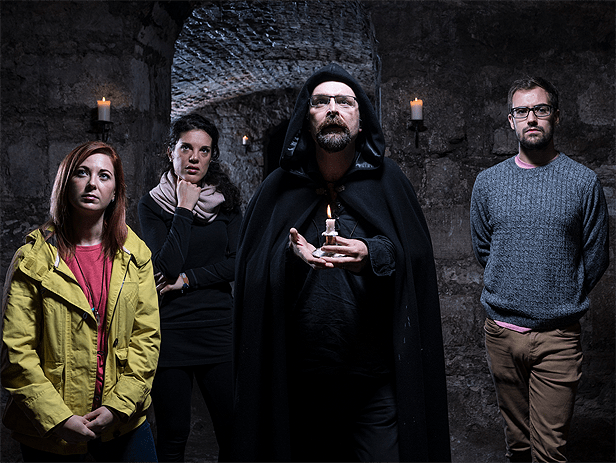 John Knox House is based at the Scottish Storytelling Centre at the lower end of the Royal Mile.

This building has close links to the Scottish Reformation and is one of the oldest on the Royal Mile. John Knox was a key preacher in the Reformation, causing Mary Queen of Scots to view him as a significant political threat.

In 1567 she was forced to abdicate in favour of her son and then fled to England.

The building’s link to John Knox came in 1572 when, following a truce, he returned to Edinburgh and lived here.

Despite poor health, he continued to preach at St Giles until his death in November 1572. 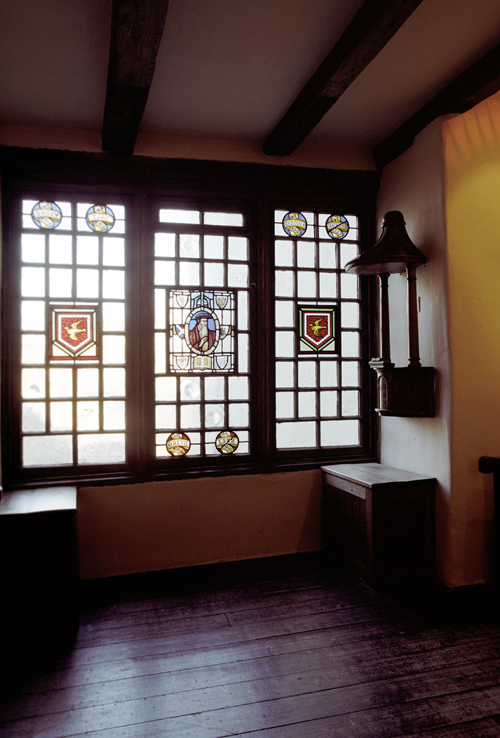 As you enter take a look at the IM/MA initials on the façade of the building, which was constructed in 1470.

These refer to Mariotta Arries and her husband, James Mosman, a jeweller and goldsmith to Mary Queen of Scots.

He was one of Mary Queen of Scots’ loyal men and campaigned for her return to the throne.

You can visit John Knox House at your own pace, or take a story tour.

What are your favourite attractions or things to do on the Royal Mile? Let us know on Twitter @reserveapts