Where to Stay in Edinburgh - Areas & Neighbourhoods

The question of where to stay in Edinburgh is not an easy one to answer. The City of Edinburgh has continued to spread out from Edinburgh Castle to encompass many villages and towns that retain their own distinct character.

Bruntsfield is a central area of Edinburgh, with Morningside to the South, and Tollcross to the North. It has plentiful amounts of bars and restaurants, is close to the university and one of the main cultural districts of Edinburgh, including several independent, arthouse cinemas.

Charlotte Square is a Georgian, neo-classical square just off the West End of George Street. The Square, which is mirrored by St. Andrew Square in the East End, was designed by Robert Adam, the leading Scottish architect of his day. Adam’s plans were drawn up in 1791, when he was at the height of his career, and were commissioned by the Lord Provost and the City of Edinburgh Council as the architectural culmination of Edinburgh’s first New Town. Adam was to die a year later, but his completed designs were eventually realised in 1820. In August, the Edinburgh Book Festival erects a tented village in Charlotte Square Gardens, at the centre of the Square.

The Cowgate is a low-lying strip South of Edinburgh Old Town and running parallel with the Royal Mile. The Cowgate is often considered to be part of Southside. Edinburgh Cowgate today has become a popular pub and club area and even on the brightest sunny day can be a shadowy, dank place with its narrow road hemmed in by tall, dark tenements on either side.

Dalry, to the West of Edinburgh City Centre, is situated between Gorgie, Haymarket and Fountainbridge. The main throughfare is Dalry Road, characterised by small shops and cafes. The area has a mixture of Victorian tenement buildings and more modern residential housing nearby. To the East of Dalry are rows of colony flats (“artisan dwelling houses”). The St Bride’s Centre, located in a former church, hosts theatre, music and film events.

Hidden away at the foot of a steep cobbled hill, with the Water of Leith lapping beside it, and surrounded by verdant greenery, it’s easy to forget that Dean Village is but a mere five minutes walk from the hustle and bustle of Edinburgh City Centre. It is also near Edinburgh New Town and Stockbridge. The name of the village comes from the word dene meaning “deep valley.” In addition to the small business offices and residential tenement flats (the main block is in a quad shape with a shared courtyard at the centre), there has been a fairly substantial residential development on the North side of the Water of Leith. The fact that the “village” has few public amenities – shops, pubs, and restaurants are at the top of the hill on Queensferry Street – has helped it retain its sleepy, picturesque character. The Water of Leith shared walkway and cycleway connects the village. You can also see vestiges of its grain milling heyday, which continued for up to 8 centuries. Up to eight mills were once grinding away here powererd by the strong currents of the Water of Leith. One of the old mill buildings can be found directly under the monumental Dean Bridge, built in 1832, to the design of Edinburgh engineer Thomas Telford.

The Grassmarket is a compact central area in Edinburgh’s Old Town under the shadow of Edinburgh Castle. It is adjacent to the Cowgate, Victoria Street, King’s Stables Road and the West Port. Its close proximity to the entrance of the old fortified city and the fact that it is situated in a low-lying valley, that would have been accessible by livestock and carts, meant that it has probably had a market here since the 1300s. The Grassmarket was also the location for public executions. Hangings no longer take place here (James Andrews was the last person hanged here on 4 February 1784, for a robbery in Hope Park), but a farmers market continues to meet regularly albeit on a smaller scale.

Today, the area retains many of its distinctive tall tenement buildings, some going back to 1500s. It is a bustling centre characterised by its pubs and restaurants, which spill out onto the pavement and the market square in Summer. There are also a number of small retailers in the area. The Grassmarket is the scene of the Edinburgh Jazz Festival mardi gras in July. 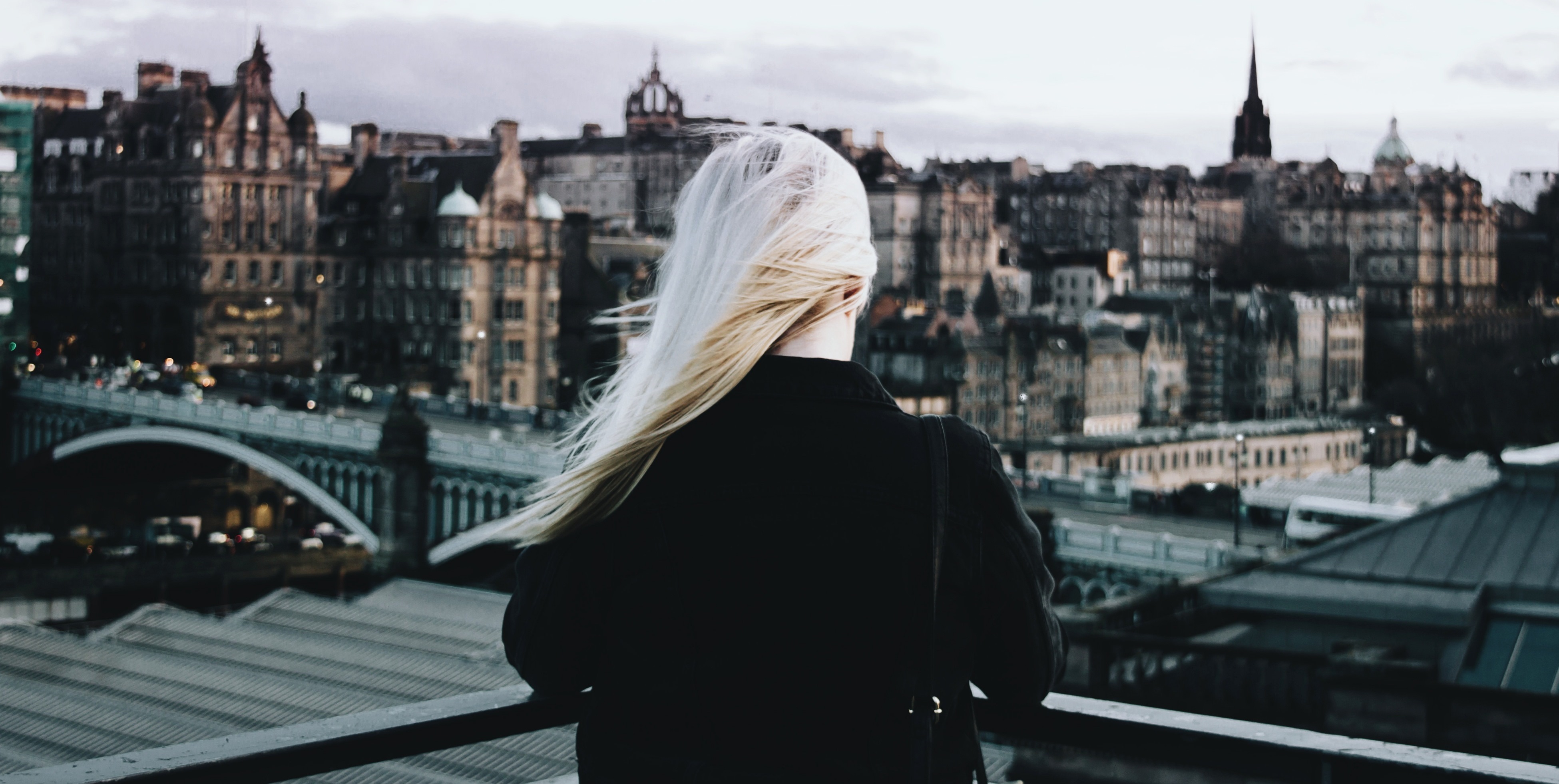 Haymarket in Edinburgh’s West End, is perhaps best known for having one of the two central railway stations. Haymarket station is the smaller of the two stations – the main one being Waverley Station in the City Centre. Away from the bustle and traffic of the Haymarket triangle roadway, the area has quiet Victorian terraced houses and communal gardens. Haymarket is within close proximity of Murrayfield stadium, the Edinburgh Conference Centre, and hidden away down a steep hill there is good access to the Water of Leith walkway/bikeway for those that want to take the scenic route through the city.

Holyrood is synonymous in Edinburgh with two things – Holyrood Park, the windswept, gorse-tangled hillside that is visible from around the city, and Holyrood Palace, the Royal residence in Scotland. The Scottish Parliament is a stone-throw away from the Palace and, adjacent to the Parliament building, the nearby science centre Our Dynamic Earth. For a good view from above of these buildings take the path up the bank of Arthur’s Seat. Holyrood is to the East of the city, in the Old Town, and accessible from the foot of the Royal Mile.

Inverleith Park is the nearest park in the area, a large expanse of green, with the Botanic Gardens adjacent, literally just across the road from Inverleith Park’s North East perimetre. That sense of being in a more rural setting is even more palpable when taking the scenic route to Stockbridge along The Water of Leith walkway and bicycle route. The river connects Stockbridge with Dean Village and Inverleith. The walk to Dean Village with its tree-covered slopes to either side of the watter and the gentle climb under the awe-inspiring Dean Bridge, and the old mill buildings, is a particularly pleasant one whether walking or cycling.

Although Leith is now considered part of Edinburgh, as many Leithers will tell you, Leith is a burgh in its own right. Leith is the old maritime centre of Edinburgh and the Port of Leith steeped in shipping history. Its shipping heyday is behind it now but with its dockside restaurants and bars Leith is now a vibrant place to hang out for weekend meals or drinks down by the water.

If you are coming by road to Edinburgh from the South, Morningside is one of the first central urban areas that you encounter, where affluent suburban homes merge into the tenement flats of the city centre area. Bruntsfield is to the North of Morningside, Craiglockhart and Merchiston are to the West, and Blackford Hill to the East.

Edinburgh’s New Town is not that new. Built in the mid-to-late 18th Century, in response to overcrowding in what is now known as the Old Town, Edinburgh’s New Town is a marvel of urban planning, combining elegant architecture with spacious and comfortable housing. New Town buildings are typically of a neo-classical style sometimes even with grandiose, graecian pillars outside and tall ceilings and decorative friezes and trimmings inside. The interiors of most New Town residences, have been modernised as flats and office spaces. Even the mews buildings, that once housed servants and stables, are considered desirable properties. However, the original character of the Georgian era New Town, with its cobbled roads, pillars, and sandstone block facades is preserved today thanks to building codes that stipulate even the wrought iron railings must be painted a specific colour – black. These New Town residences were built along an integrated and harmonious plan with residences set near pleasant communal gardens and attractive views.

The Old Town has preserved its medieval plan and many Reformation-era buildings. One end is closed by the castle and the main artery The High Street (or the Royal Mile) leads away from it; minor streets (called closes or wynds) bud off the main spine in a herringbone pattern. Large squares mark the location of markets or surround major public buildings such as St Giles Cathedral and the Law Courts. Other notable places of interest nearby include the Royal Museum of Scotland, Surgeons’ Hall, the Royal Festival Theatre, and the University of Edinburgh. The street layout, typical of the old quarters of many northern European cities, is made especially picturesque in Edinburgh, where the castle perches on top of a rocky crag, the remnants of a dormant volcano, and the main street runs down the crest of a ridge from it. 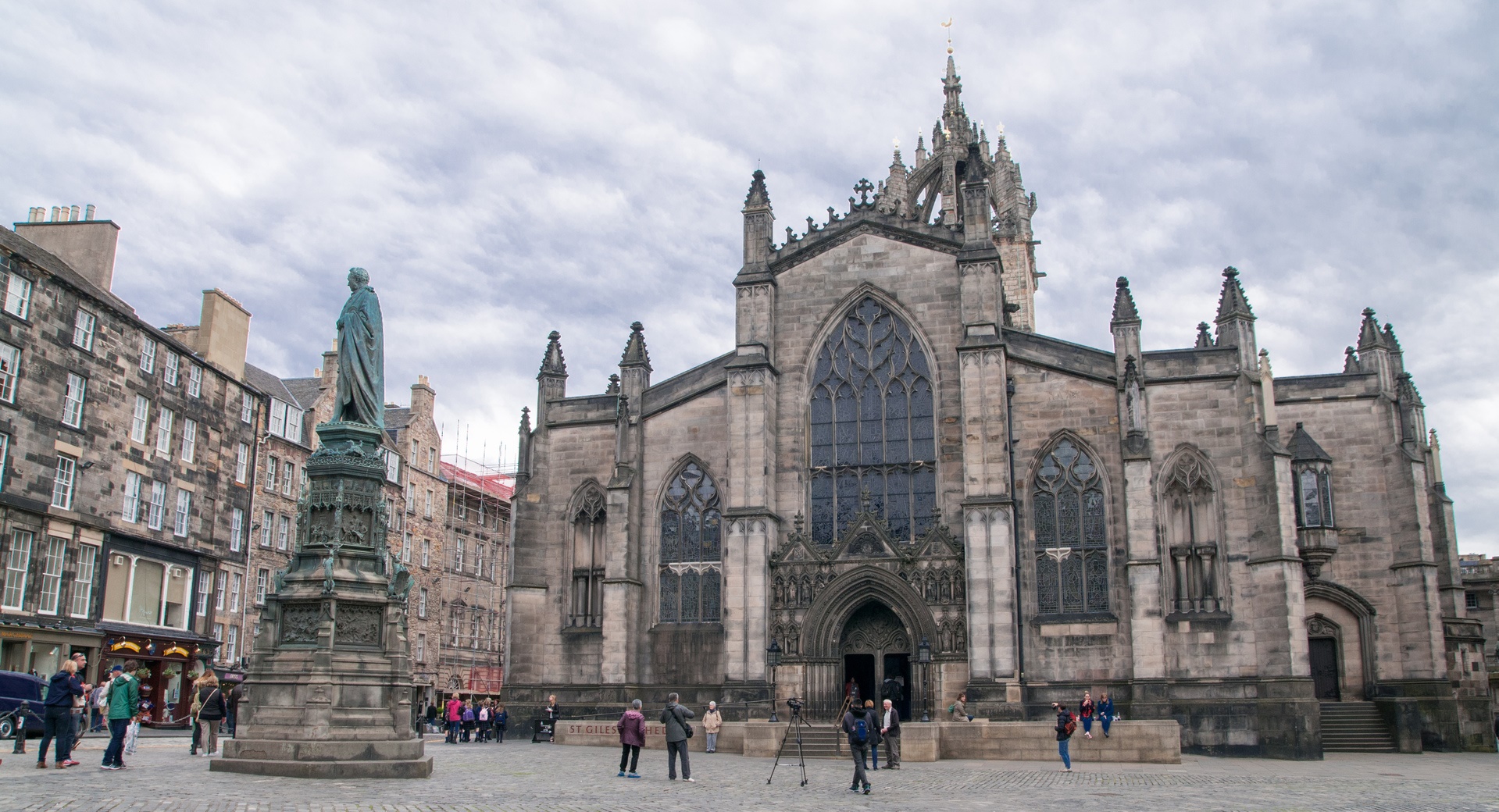 There are currently approximately 20,000 residents in the various parts of the Old Town. As the population was for a long time reluctant to build outside the defensive wall, the need for housing grew and hence the buildings became higher and higher. However, many of these buildings were destroyed in the Great Fire of 1824. They were then rebuilt on the original foundations. This led to changes in the ground level and the creation of many passages and vaults under the Old Town.

The Old Town and New Town districts of Edinburgh were listed as a UNESCO World Heritage Site in 1995. There are over 4,500 listed buildings within the city. 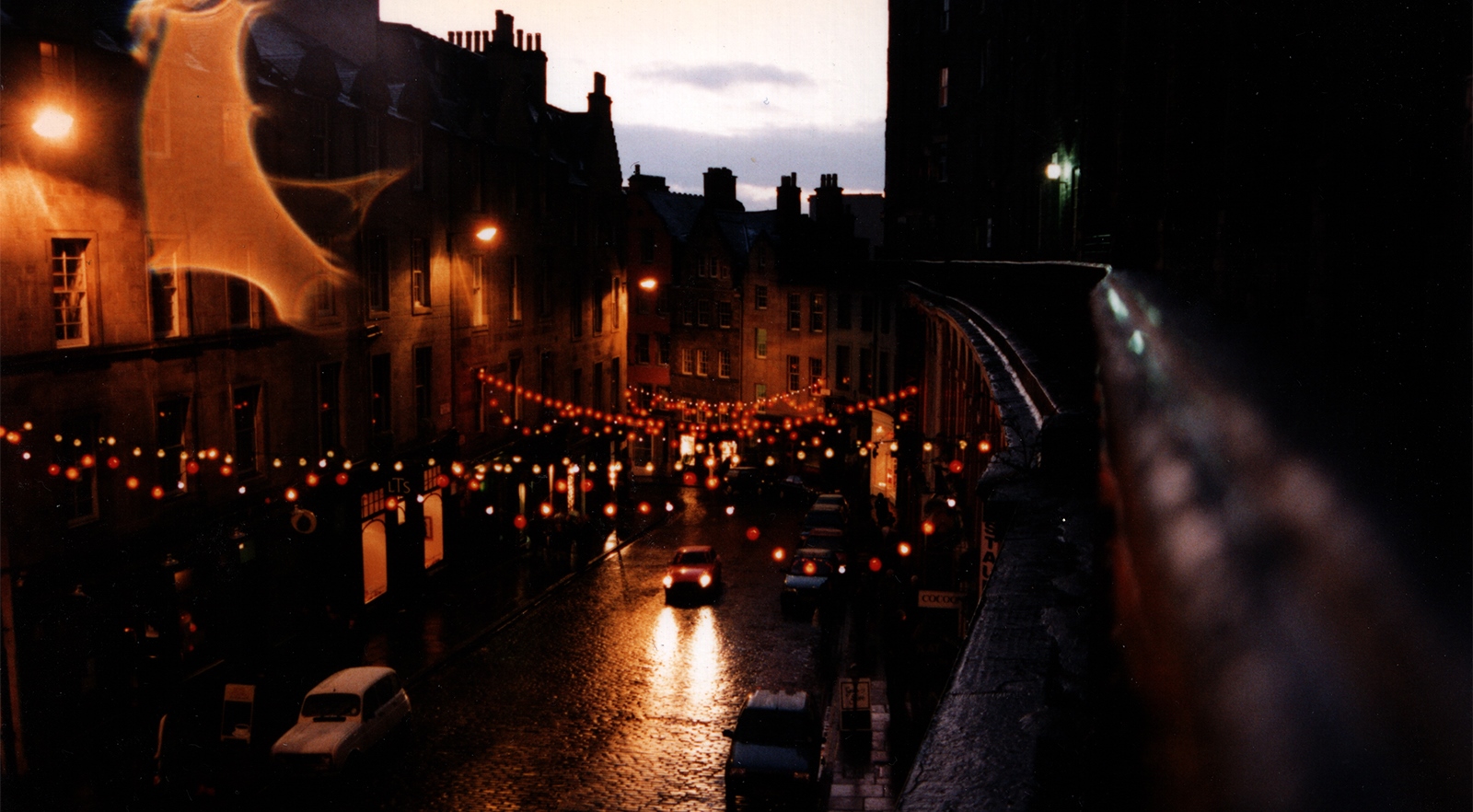 Southside is the Edinburgh area South of the Royal Mile and the Cowgate taking in the university buildings and extending as far as Causewayside. The central, university location and close proximity to the city centre ensures that it is always a vibrant area. There’s plentiful and varied supply of pubs and restaurants particularly catering to students as well as many buildings and architecture of historical note and more modern buildings like the Festival Theatre.

Stockbridge has something of a village atmosphere about it, although it is only a ten to fifteen minute walk from Edinburgh city centre. Stockbridge is to the North edge of the New Town. It is alongside the Water of Leith, one of the main rivers running through Edinburgh. Gentrification in recent years has not killed the Stockbridge area’s bohemian vibe, although the pokey wee music, junk, and crafts shops have been replaced by more upmarket antiques shops. Along the main Comely Bank road, there’s also still an above average number of charity shops for bargain hunters. The area is characterised by the many delis, tea houses, cafes and pubs. For evenings out, the narrow St Stephen’s Street is a good place to start with long-established and popular basement pubs such as The Baillie and The Antiquary.

Edinburgh’s West End is to the West of the Princes Street and Lothian Road intersection. Its central location means that the area has many shops, pubs, cafes and restaurants, as well as Victorian residential streets. Lothian Road has become the nexus for many arts venues – including the Usher Hall, The Edinburgh Filmhouse, the Royal Lyceum and the Traverse Theatre.