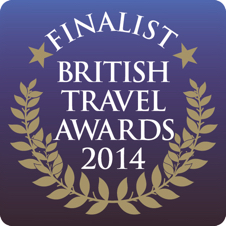 Great news this week! Reserve Apartments has been announced as one of the shortlisted finalists for a 2014 British Travel Award - the Best Small UK Holiday Cottage/Self Catering Booking Company award. The winners are to be announced at the BTA Gala Awards Dinner, being held at Battersea Evolution in London on 26 November. Wish us luck!

British Travel Awards’ chief executive Lorraine Barnes Burton said: “The British Travel Awards are the only travel industry accolades voted for exclusively by the travelling public. During the voting period, more than one million consumer votes were cast making the BTAs the largest Award programme in the UK. The Awards serve to recognise all that is great about UK travel companies and the British Travel Awards symbol is recognised as the ‘Benchmark of Excellence’. To win a British Travel Award is truly an accolade and Reserve Apartments is to be congratulated on getting through to the finals.”