Gigs in Edinburgh in July 2016

Every weekend, Edinburgh’s myriad of varied music venues vibrate with the sound of good times had by all. Catering every taste imaginable, from sweaty beer-fuelled heavy metal in a darkened bar to a sophisticated, relaxed evening at the annual summer jazz and blues festival, there is most definitely something for everyone. Some of my favourites include:

The Royal Oak, tucked away on Infirmary Street, prides itself on being a ‘real Scottish pub’, complete with a long history of hosting musicians. The venue is small but perfectly formed for its purpose, providing a warm, hearth-like atmosphere and a never-ending stream of excellent folk and acoustic musicians.

Whistlebinkies is another Edinburgh live music staple, featuring up to 4 live bands every Sunday to Thursday, and a whopping 6 acts at the weekend . Acts are incredibly varied, so you’re sure to see something different on every visit - plus, if you fancy yourself as the next chart topper, Whistlebinkies is also home to Edinburgh’s longest running open mic night, held every Tuesday, rain or shine. 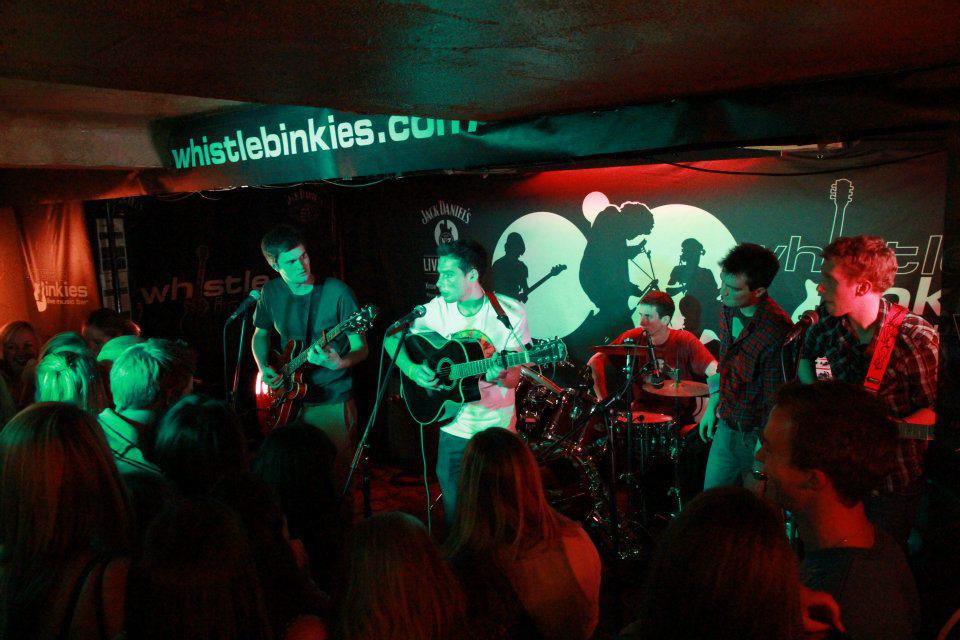 Music in the capital truly never dies; even through the frigid Scottish winter, brave souls can still be warmed by a good live band, however it’s through the summer months that it really makes itself heard. With good weather comes good spirits - and good moods demand good music! Beer gardens come into their own and brighter nights encourage even the most sofa-bound ‘Edinburghers’ out of their winter nests to listen to some good tunes.

In that respect, July looks set to be a scorcher, music wise anyway…we can’t make any promises for the weather!

In terms of big name acts, there’s a fair few to be gracing auld reekie this July, with the likes of Gladys Knight and Simply Red appearing on July 6th and 14th, respectively. Gladys will be holding court at the Festival Theatre, one of the city’s bigger, well-known venues, while Simply Red are set to make some noise at Edinburgh Castle.

Glasgow rockers Twin Atlantic are also stopping by for a visit on Friday July 15th. They’ll be hosted by La Belle Angele, which was once, one of Edinburgh’s most beloved nightclubs, before it fell victim to a disastrous fire in the Old Town. In 2014, it dusted itself off and re-opened, and is now a thriving part of Edinburgh’s music scene once more. Other acts set to drop into La Belle in July include Late Nite Tuff Guy (on July 2nd), and The Hot 8 Brass Band (on July 21st). Late Nite Tuff Guy peddles himself as a disco vigilante, while The Hot 8 seek to marry marching band music with jazz, funk and hip hop.

Featuring an absolutely bustling July line-up, Bannermans Bar touts itself as Edinburgh’s premier music venue, favouring the very best up-and-coming local talent. Bannermans really do love to support fresh, talented musicians, and bands who prove themselves popular on the Bannermans stage can have their songs put onto a cd, which are given out for free to the music-loving clientele. This July, come and see energetic rock band ID Kid, who are set to host their EP launch party at Bannermans on Friday 1st. Then keep the party going with gothic band Children on Stun on Saturday, with their performance featuring York-based New Wave noisemakers Berlin Black.

The ability to see relatively unknown bands before they explode into popularity is a true gift of the Edinburgh music scene. Everyone loves to be the first in the know, and it just takes a jaunt around the city to stumble across something truly great.

We’ve barely scratched the surface on what Edinburgh’s music scene has to offer this July - but if there’s anything visitors to Edinburgh learn, it’s that throwing out the guidebook and pounding the pavements is the best way to explore this vibrant, historic city. Whether you’re after some stirring classic concertos at the Queen’s Hall, some heart - pounding pop at the Voodoo Rooms, or a late night funk-fuelled dance at The Caves, Edinburgh won’t disappoint you. Next time you hear a catchy tune waft out the doors of your nearest music venue, walk in, sit down and order a drink - you won’t regret it for a second.