If you’re coming to Edinburgh and are worried about the weather, fear not! The city boasts a number of fantastic, free museums the whole family will enjoy, from a museum about childhood to spectacular national art galleries.

What museums are free in Edinburgh? 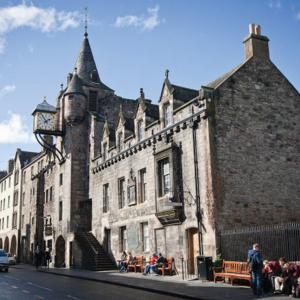 The People’s Story Museum is located in the Canongate Tollbooth next to Canongate Kirk. First built in 1591, this building has served many purposes for the people of Edinburgh, including a headquarters for conducting burgh affairs, collecting taxes and even a jail! Nowadays visitors can discover the personal stories of the working class people of Edinburgh from the 18th century to the late 20th century through recreated scenes such as a wartime kitchen, a tearoom and a jail cell. Hear the personal stories of these people, their trades and their crafts in their own words and learn about the diversity of Edinburgh’s communities.

Museum on the Mound 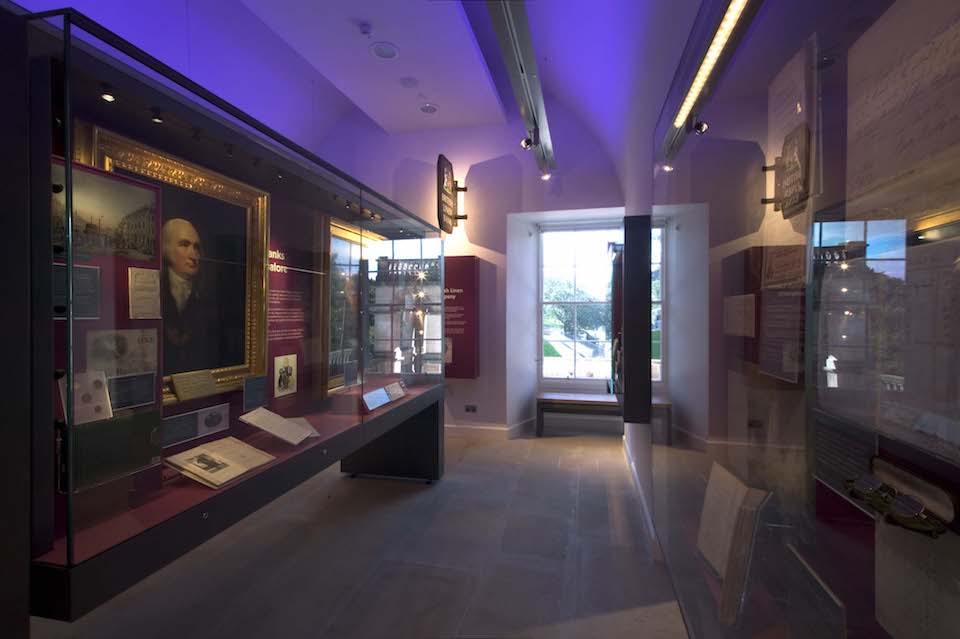 The Museum on the Mound is located in another interesting building, the purpose built head office of the Bank of Scotland. Nowadays the building is home to the Scottish Headquarters for the Lloyds Banking Group as well as this brilliant museum. Hear you can learn all about the Bank of Scotland, how its changed and developed over the past 300 years and how technology, crime and security have all played a part in its story. As you pass through the museum keep an eye out for Scotland’s oldest bank note, the original founding Act of the bank from 1695 and the 18th century money “kist”.

The first museum in the world to be dedicated to the history of childhood, this is an intriguing visit for all the family. Here you can find out the history of your favourite toys and games, revisit your childhood or even see what your grandparents played with when they were younger! You can also learn about other aspects of childhood such as schooldays, clothing, health and what kids used to do on their holidays.

Keep an eye out for the Queen Anne Doll, the oldest toy in the collection, made around 1740!

The Museum of Edinburgh can be found opposite Canongate Kirk, where Mike Tindall and Zara Phillips got married in 2011. It is located in Huntly House, a 16th century building typical of Edinburgh’s Old Town, which was used for filming during series 3 of the Outlander. This free museum tells the story of Edinburgh, including the more gruesome parts of its history, with the help of stories and objects. Here you can learn all about the National Covenant of 1638, see Greyfriar’s Bobby’s bowl, as well as admire the finest examples of Scottish craftsmanship, such as engraved glass, porcelain and long case clocks.

Make sure you also take a look at the main attraction, £1 million in cash! It really is an amazing sight, although sadly the notes have all been cancelled… 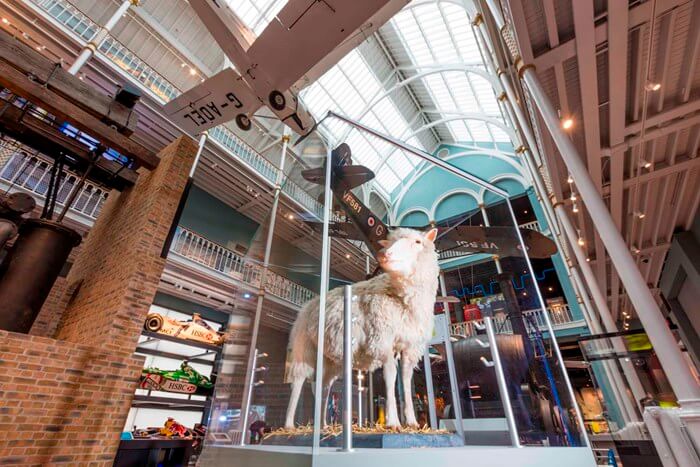 The National Museum of Scotland is a fantastic museum you can spend hours in! There are free, permanent exhibitions plus special, paid exhibitions. As well as galleries featuring World Cultures, Art, Design, Fashion, the Natural World and Scottish history and archaeology, there are also the fantastic Science and Technology galleries. Here there you can get hands on designing bikes or creating waves, and see Dolly the Sheep, the first mammal in the world to be cloned. We also recommend a visit to the Ancient Egypt and East Asia galleries. Opened in 2019 to celebrate the 200th anniversary of the first Egyptian objects becoming part of the collection, visitors to this area of the museum can discover the diverse traditions, people and histories of China, Japan and Korea.

While you’re in the museum make sure you watch the Millennium Clock chime and, if it’s fine weather, head up to the roof terrace and enjoy the spectacular views across the rooftops of Edinburgh!

There are also 3 wonderful free national art galleries in Edinburgh with something for every art lover. Although they’re not all located on Princes Street, there is a handy bus shuttle service to transport you between each one. 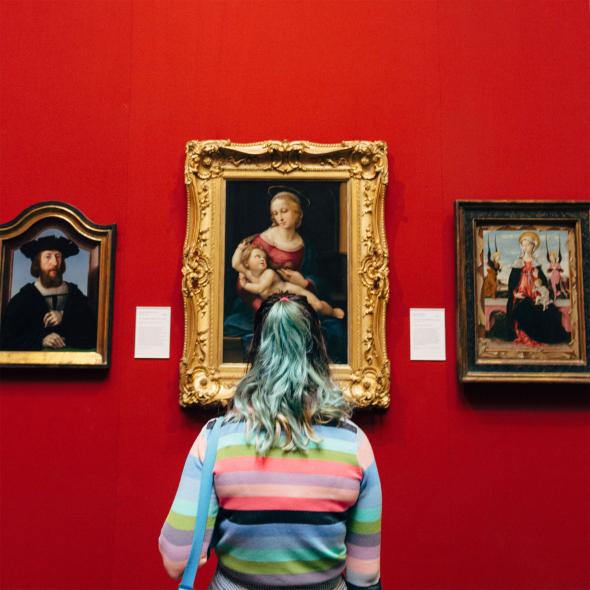 The Scottish National Gallery can be found on the Mound, just off Princes Street. This gallery is home to some of the world’s greatest art, including Botticelli, Raphael and Vermeer, while it also offers a history of Scottish painting, with works by artists such as Ramsay, Raeburn and McTaggart. 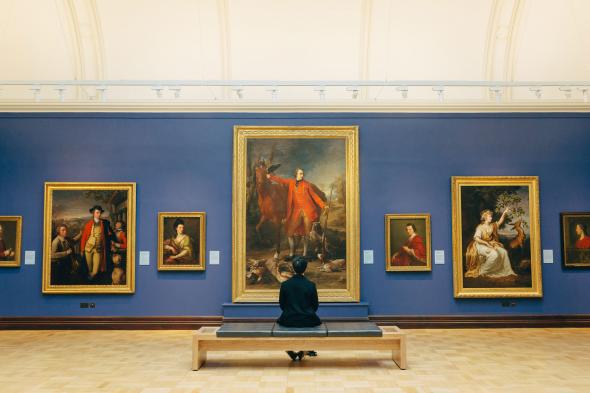 The Scottish National Portrait Gallery is definitely worth a visit, even if it’s just to admire the beautiful building! Located on Queen Street in the New Town, this was the world’s first purpose built portrait gallery, designed by Sir Robert Rowan Anderson to honour prominent Scots. The building is designed in a neo-gothic style with sculptures of poets, monarchs and statesmen, while William Wallace and Sir Robert the Bruce stand guard at the entrance. As soon as you step inside you will be in awe of the main hall, referred to as a ‘visual encyclopedia’ of Scots with figures such as David Livingstone and Adam Smith. See how many you recognise!

The gallery originally opened as home to the collection of the 11th Earl of Buchan and now visitors can see portraits of historical figures such as Mary Queen of Scots and Robbie Burns through to more recent Scottish trailblazers in sciences, sports and arts.

The Scottish National Gallery of Modern Art is actually made up of two galleries and a sculpture park and is located on Belford Road just 15 minutes walk from Princes Street. Here we find yet more fascinating buildings, with the neo-classical Modern One, formerly John Watson’s School, an institute for fatherless children and Modern Two, originally built in 1833 as Dean Orphan Hospital.

Inside you can find permanent exhibitions of modern and contemporary art in addition to temporary exhibitions (sometimes ticketed) in Modern Two. You can also enjoy a walk round the grounds, which house sculptures by various artists. The grounds of Modern One feature the prize winning Landform Ueda by Charles Jencks, a stepped mound with shaped pools of water.

Are there any other free museums in Edinburgh which we've missed? Let us know on Twitter @reserveapts