One of the world’s most renowned New Year’s celebrations, Edinburgh is THE place to visit for Hogmanay...

What better place in the world than Edinburgh to say goodbye to 2018 and hello to 2019? With its spectacular architecture, famous midnight fireworks and street party excitement, the city is the perfect backdrop to spectacular New Year’s celebrations.

One of the world’s most renowned New Year’s celebrations, Edinburgh’s Hogmanay boasts a range of events, which include a torchlight procession through the Old Town, Concert in the Gardens, The Candlelit Concert, a general all-round festive atmosphere, Fireworks, and not forgetting the dramatic Castle backdrop. And the good news is, a large number of the events are free!

Other attractions will feature dance, art, conversation, street theatre, light and fire... lots of fire. Which, of course, can only be good news in the cold, dark Edinburgh days of December and January, when we need all the light and warmth we can get. 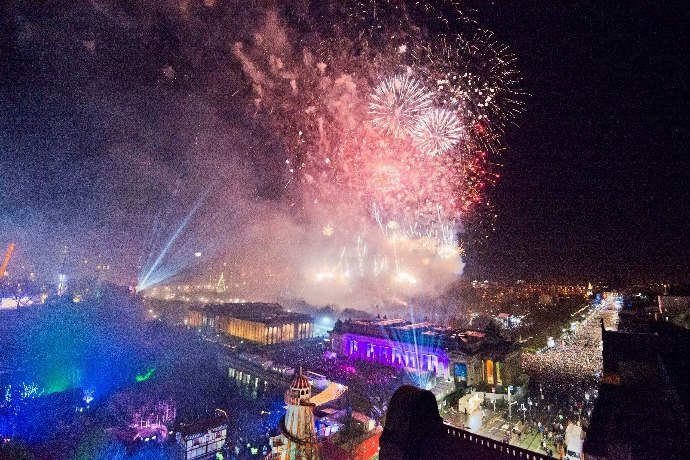 For many years Hogmanay was a bigger event in Edinburgh than Christmas – and to some extent that influence lives on, making New Year an extra-special celebration north of the Border.

The days of Hogmanay street parties when anyone and everyone could – and did – crush onto the streets on the night of 31 December have long gone however, with better crowd control, ticketing and a big police presence nowadays. But all of the old fun still remains. Hogmanay in Edinburgh is the time to really let your hair down and party.

Where is the street party in Edinburgh?

The most famous event is New Year’s Eve’s boisterous Hogmanay Street Party on the main thoroughfare of Princes Street where tens of thousands of revellers jam into the city centre to see in the New Year. Tickets are currently on sale for £31 and if you’ve never been we would definitely recommend it as one to tick off the bucket list.

This year it will be hosted by Johnnie Walker who are giving every entrant a free dram of whisky. It's also worth keeping an eye out for the Silent Disco on Market Street as well which promises some hilarious dance moves. 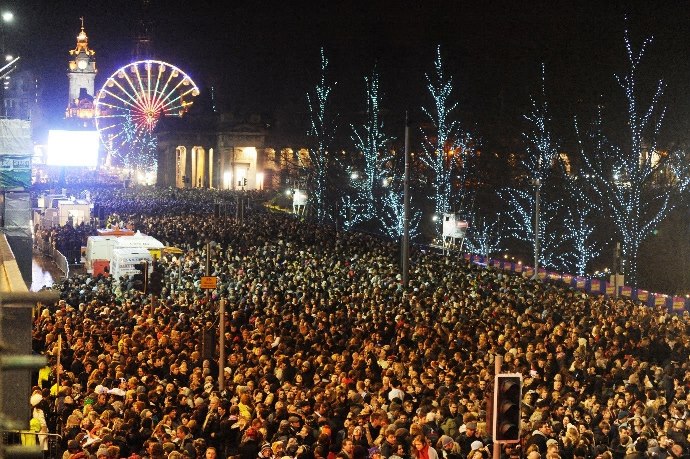 This year the Vistas and local act Gerry Cinnamon will be taking centre stage with other performers including the legendary DJ Judge Jules and The Miracle Glass Company.

Can you take alcohol into Hogmanay street party?

Concert in the Gardens

The main event for music in the country on Hogmanay, The Concert in the Gardens has in the past featured the likes of Paolo Nutini, Rag ‘n’ Bone Man & The Pet Shop Boys. The headliners this year are Scotland’s very own Franz Ferdinand. Appearing on the stage for the first time, they will be supported by the popular Metronomy and the Glasgow due Free Love.

Ceilidh under the Castle

If you fancy a slightly more traditional Scottish Hogmanay, then why not get a ticket to Hogmanay Street Party The Ceilidh under The Castle which takes place, as the name suggests, just under the Castle on 31 December. You can dance your way into 2019 with three ceilidh bands, including the Jimi Shandrix experience, underneath the silhouette of Edinburgh’s picturesque Old Town. Tickets cost £60 and entrants will also be given entry to the Hogmanay Street Party (Just make sure you enter before 10.30pm!). 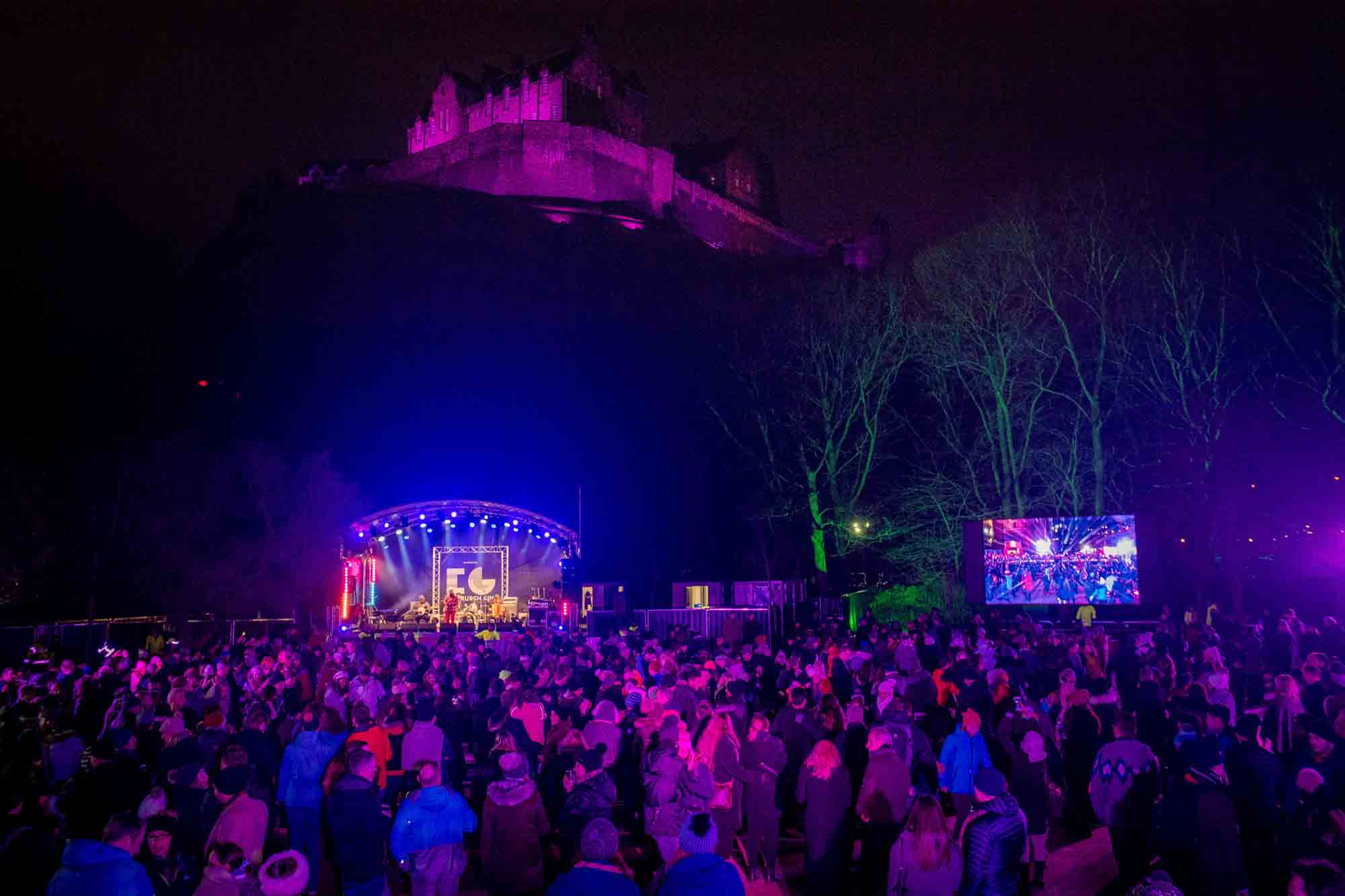 We’re particularly looking forwards to the torchlight procession down the Royal Mile. Not that we’re pyromaniacs or anything.... but it's good to get a bit pagan at Hogmanay. 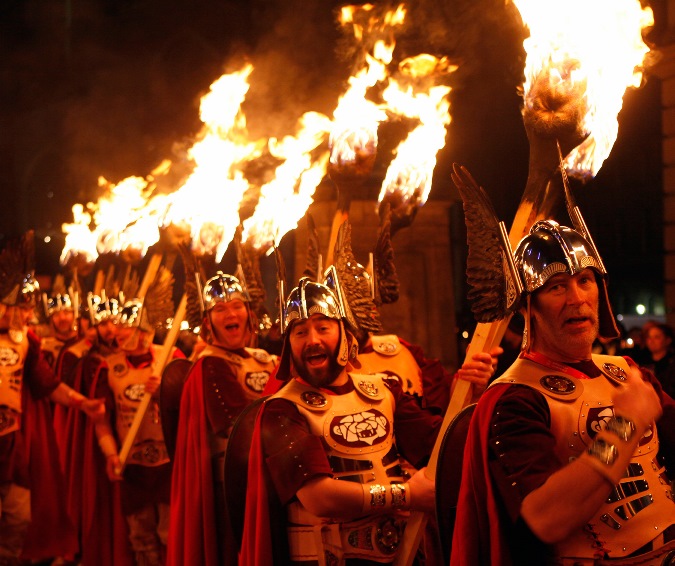 The 2018/19 torchlight procession will actually begin the night before Hogmanay on December 30th. Over 25,000 attended the event last year, including 17,000 torch carriers, who helped create a river of fire through Edinburgh’s city centre from the city's historic Royal Mile to the finale in Holyrood Park. You can purchase wristbands and torches in advance on the Edinburgh’s Hogmanay Website. Proceeds from ticket sales go to the social inclusion charity One City Trust. Spectators at the event are welcome for free (It’s unticketed), but organisers are warning that everyone needs to wrap up warm and not stand in front of the procession to take photos.

The procession leaves The Old Town at 7pm, and ends with torchbearers forming the outline of Scotland in Holyrood Park (also free and unticketed).

Hopefully we’ll see you there!

What Will You Be Doing in Edinburgh This Hogmanay? Let Us Know on Twitter @Reserveapts!